Skip to content
University of Georgia
Blog Half Baked Reactions 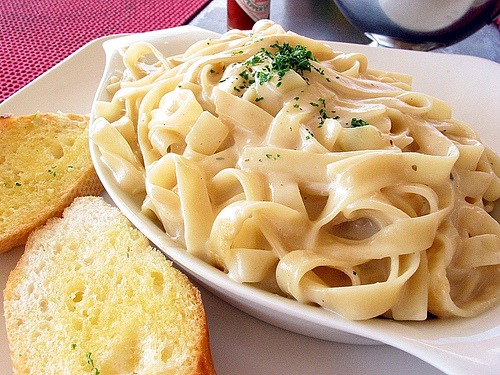 Last night, my son wanted his favorite meal for dinner, fettucini alfredo with chicken. We pulled together to boil the noodles, cook the chicken and blend the sauce, along with making a salad, garlic bread and dessert. We had to put some time and effort into it, making sure not to burn anything while having every part come together to be ready at the same time. We all finally able to sit down together for a great meal that everyone had a part in, and it was great.

When we judged how good the food was, we based it on the finished product. We did not taste the pasta after only four minutes of boiling and decide to throw it out. In addition, we did not look at the chicken half way through cooking and throw it out because it was still pink inside. We based our decision on how the meal was after is was all prepared and sitting on the table.

In the same way, UGA is not done with freshman admissions decisions. We are done with the Early Action part of the process, but we are still a long way from being done with final decisions! We will still be receiving a great deal of RD applications, reviewing transcripts, reading essays, doing holistic reviews, etc. So if you were deferred, please know that we still have a lot of admission decisions to make! We will still be admitting 3,500-4,000 more freshman, but you can only be considered if you complete part II.

So please do not judge the UGA admission decisions half way through the process when only EA decisions have been released. Right now, UGA is still in that middle period of the cooking process, and the overall meal is still not fully done. It will not be until late March when decisions are made that we can look at the overall class and see what it is like. Again, please be patient, know that there is still a lot to be done in the review process, and put your best foot forward in the next stage of the process.