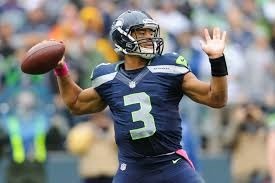 The NFL Combine – Four days set aside for potential pro football players to show their skills, and for team scouts and fans to drool over odd statistics such as the 3-cone drill, the Wonderlick IQ test and 40 yard dash times. For those of you who don’t follow NFL football, the draft combine is where the NFL  invites prospective players to travel to Indianapolis, IN to showcase their talents for NFL scouts. They will be timed on how fast they can run the 40 yard dash, how high they jump, how many times they can bench press 225 lbs, among other things. In addition, they will be measured and weighed, interviewed, poked and prodded all to try and determine their strengths and weaknesses. The NFL teams will then take all this data, along with a wealth of film on how each player performed on the football field during their time in college, to try to determine who they should draft for their team.

Every NFL team participates in the combine, but one in particular, the Oakland Raiders, has made it a habit of focusing a great deal on the numbers coming out of the combine. If a player had a great 40 yard dash time, you could bet that the Raiders would have them on their watch list. Jacoby Ford, Darrius Hayward-Bey and Bruce Campbell are all great examples of “workout warriors” with great combine stats whom the Raiders have drafted. Unfortunately (as many of their fans know), the Raiders have had limited success in their tunnel vision concerning combine statistics.

On the other end of the spectrum are teams like the Seattle Seahawks. In 2012, they drafted Russell Wilson, an “undersized” quarterback who was seen as the mid-range quarterback prospect at best, even though he started four years in college with outstanding passer ratings and leadership skills. Many draft write ups started with the phrase “if only he was three inches taller”. All Wilson has done since 2012 is start every game since he was drafted, be named the NFL rookie of the year, go to 4 pro bowls, win a Super Bowl and win more games in his first six seasons than any other quarterback.

At times, people who have an interest in admissions, either as parents, applicants, or friends and family start to see Admissions more like the Raiders see things than the Seahawks. The look at key numbers such as a student’s ACT score or the number of AP courses taken, and forget about how the student has done “on the field”. Scoring a 33 or higher on the ACT is looked at the same way as running the 40 yard dash in under 4.30. Taking “X” amount of AP classes (without an understanding of the core areas or offerings) becomes the equivalent of benching the 225 weight 30 times.

UGA Admissions likes to look at applicants in a broader sense, with the understanding that what a student is like in the classroom over 4 years is the best indicator of how they will do at UGA for 4 years. The test scores and other numbers might match the skills in the classroom, but they do not in any way supersede a student’s 4 year academic record. And similar to an NFL scout wondering why player with a 4.25 40 speed didn’t do more on the playing field, admissions begins to wonder what happened when a student with a great SAT or ACT is making B’s and C’s in the classroom.

When UGA looks at the applicant pool, our goal is to admit students whom we feel will be successful in our classrooms. We are looking at students with a proven track record in the classroom, and not the applicant who is a “workout warrior” with a high test score but with a much lower level of success in their HS classes. While I can’t say that the UGA Admissions Office is the Seahawks of the college admission world, I can say that we try to emulate their focus on work ethic and actual success on the field (or in the classroom).