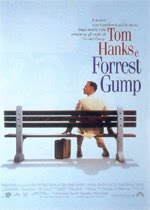 In one scene in the movie Forrest Gump, the character Bubba Blue is sitting next to Forrest on a transport bus talking about shrimp. “Anyway, like I was sayin’, shrimp is the fruit of the sea. You can barbecue it, boil it, broil it, bake it, saute it. Dey’s uh, shrimp-kabobs, shrimp creole, shrimp gumbo. Pan fried, deep fried, stir-fried. There’s pineapple shrimp, lemon shrimp, coconut shrimp, pepper shrimp, shrimp soup, shrimp stew, shrimp salad, shrimp and potatoes, shrimp burger, shrimp sandwich. That – That’s about it.”

UGA has two decision plans, Early Action(EA) and Regular Decision(RD). UGA’s Early Action program is non-restrictive and non-binding, meaning that we will not limit an applicant from applying in any way to another college, and if admitted, you do not need to let us know if you are coming or not until May 1. No matter how you apply, we want you to take as much time as you need (up to May 1!) to research your options and make a good decision on where to go to college. Our EA deadline is October 15, and we generally will have EA decisions out by mid-December. Please remember, it is not easier or harder to be admitted EA, it is just a different time line for applicants who want to hear something earlier. You may hear a yes (admit), a no (deny) or a defer (deferral to get more information on the applicant). If by mid-October, a prospective applicant feels comfortable with UGA making a decision on their current grades, curriculum, and test scores, then EA might be right for that individual. Just so you know, there are not any specific cut points for EA admissions, but more it is a combination of an applicants grades, curriculum and test scores.

If, on the other hand, a prospective applicant wants UGA to look at senior year first semester grades, new test scores, or the student’s co-curricular activities and essays, then they should apply Regular Decision(RD). The RD deadline is January 15, and there are two decision dates for this option. If an RD applicant meets the EA criteria for admission, we will send out a decision in late February (this also applies for any EA deferred student who, for instance sends in new and improved test scores which put them at or above the EA criteria). For all applicants who are not admitted based upon the EA criteria, a decision will go out in late March. This gives the office time to read, and read, and read, and read. As for which plan a student should choose, RD versus EA, it is generally based upon the applicant taking an honest look at their academic record and then comparing it to our First-Year Class Profile. Look at the academic mid-ranges for our freshman class and see how you compare, especially when looking at grades and curriculum (on average, UGA freshman took 3-5 AP or IB classes along with a broad range of Honors/Accelerated courses). Don’t be intimidated by the numbers, but be realistic, and know that during the read process, we look at everything about an applicant.

Just remember, Early Action at UGA is non-binding, it is neither easier or harder to be admitted EA or RD (it is just a response time issue), and the applicant needs to look the profile to see how they compare, at least in determining EA vs RD. And as Forrest says, “That’s all I have to say about that.”