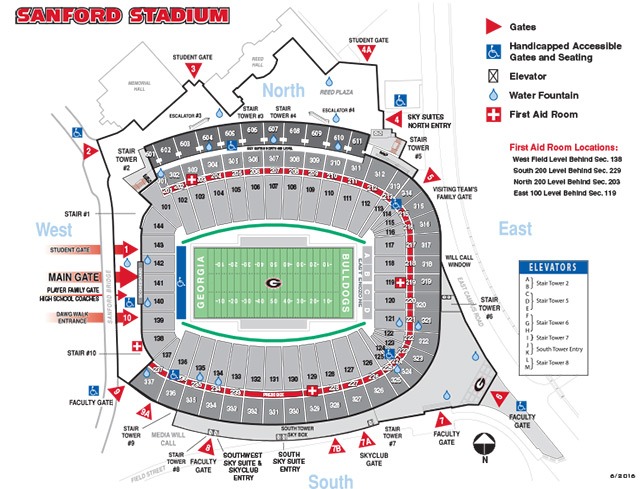 When people start talking about college admissions and numbers, a wide range of different ideas start to bubble up in the conversation. You have test score numbers and  GPA’s, admit percentages and yield data, and a wide range of other numerical information. But what I want to talk about now is the bigger picture numbers of admissions. In years past, this data would have been a part of the terminology called the “admissions funnel”, but I think that in many cases and places this term is no longer used. The funnel visualization was to show how the process narrowed down a very large group of students from the large prospective student group at the top of the funnel down to the much more narrow bottom of the funnel where the enrolling First Year students exit. Since UGA won the College Football National Championship in 2021 (Go Dawgs!), I thought I would use UGA’s Sanford Stadium for a visual prop for UGA Admissions numbers. Sometimes “seeing” the numbers gives more clarity to the data you are trying to understand. Imagine you are standing in the center of Sanford Stadium, right on the big G on the field, and then look around. The numbers will not exactly match the Sanford Stadium seating, but it’s pretty close.

For the Fall 2022 class, UGA had roughly 187,000 students in our admissions system who showed some interest in UGA. That’s a lot of emails, mailings, visits, programs, tours, phone calls and more-I am exhausted just thinking about it. Projections are that there will be just under 3.8 million US high school graduates in 2023, with about 121,000 from the state of Georgia. While UGA is not on the radar for everyone, we still work with a huge number of interested students every year. Which of these will apply? I have no idea. Look around the entire stadium, and then look around again, and that is roughly the number of prospective students we have every year.

Colleges will recruit students through mailings, high school visits, college fairs and on-campus tours/events, but for the most part, we do not control who applies. Students (and sometimes parents) control who applies to what colleges, and the admissions offices can only wait and see who hits submit. There are a lot of admissions leaders who get really nervous around the application deadline dates to see whether their application estimates are low (stress time over low numbers), on par with projections (all is good), or well above (stress time over how to review more applications). Many factors go into who might apply, with only some of these factors controlled by the admissions office. Become a part of the Common App? – Grow your application numbers by 30+% the first year. Have a major issue at the University? – Decline in applications by 10+%. Win a National Championship in football? – I don’t even want to know what might happen this year. All of this is to say that while we make plans for how our year will go in September, life might look much different come January. I am guessing that we will have over 41,000 applications for the Fall 2023 class (the North and West Stands combined), but it’s only August.

Admitted Student Numbers – The bottom half of the North Stands

This is the key number, the one that if we don’t get it right, things get ugly. Our job is to admit the strongest overall students in the applicant pool that will result in about 6,200 or so deposits, which will then result in roughly 6,000 enrolling First Year students. We assume that if we are admitting a student, they are a pretty strong applicant overall and that they will have a number of other colleges that would love to have them on their campus. As such, we have to predict overall how many admitted students will say yes to our offer. In saying this, let me be very clear that we do not make individual decisions based on whether an individual student will say yes or no to us. We are making an admission decision based on what the student is like as a student and an overall individual. We are just making our overall decisions with the understanding that X percentage of the overall admitted students will say yes to our offer. We run our prediction data knowing certain facts; more Georgians will say yes to our offer than out-of-state students, that distance from home is a major factor in a student’s enrollment choice, and that cost is also a factor in a decision are just three of many details we analyze. This nervousness about hitting our enrollment target without going over is why UGA (and a large number of colleges) have a Wait-List, and why we have to be cautious in our initial offers of admission. I am estimating that we will admit somewhere between 15,000-16,000+ First Year students, or roughly the lower half of the North Stands, in order to meet our enrolling student goal. 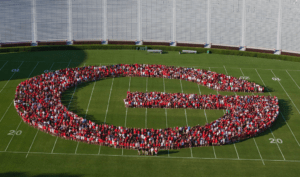 Different colleges have different plans for how many First Year students they will enroll and how to get to that number, from the wide open “whoever shows up” idea to the much more targeted “we can handle exactly X number of new First Year students”. A good example of the more targeted class would be Vanderbilt University, that limits their enrolling class to 1,600 First Year students, compared to a number of colleges that are extremely flexible about how many First Year students they enroll. Generally, First Year class size is driven by the resources available to students, such as on-campus housing options, class space, parking, etc. You don’t want to enroll a student if they can’t have a place to live, a place to park or classes to attend. UGA is planning to enroll roughly 6,000 First Year students for the Fall 2023 class, and since we have a First Year live on campus requirement, a number of courses that have caps on student size, and a few other space limitations, we have to be very careful in our admission offers. In addition, we can expect that roughly 3% or so of our deposited students will change their minds (WL offer from another college, Gap Year, medical issue, etc.), so we need to build that into our planning and have a Wait List in case our estimates of the deposits are lower than expected. With May 1 being the final deposit date, the last two weeks of April can be a very nerve wracking time for admission offices.  The West Stands of Sanford stadium hold just over 6,000 seats, so there is our First-Year class.

I hope this helps you better understand the process, and Go Dawgs!