Playing on the Same Court

There are a few movies everyone has where, if it appears on-screen when you are channel surfing, you have to stop and watch at least a few scenes.  Hoosiers, where an underdog basketball team from the small town of Hickory, Indiana and their outsider coach overcome personal struggles to make it to the Indiana HS basketball championship game. One particular scene always stands out for me: As the team walks into the imposing Butler University’s Hinkle Fieldhouse in Indianapolis prior to playing in the final game, the players are stunned into silence as they look around the massive arena. Going from their high school gym with a capacity in the hundreds to a field house that seats 15,000 is an overwhelming change for the Hickory players, causing them to doubt themselves and their chances of winning the championship game. In the pivotal scene, Coach Dale has several of the players use a measuring tape to check the dimensions of the basketball court. “I think you’ll find it is the exact same measurements as our gym back in Hickory.” With one sentence, Coach Dale lets his players know that while the field house might be massive and the opposing team might seem intimidating, on the court where the game is played, it is a level playing field.

When our office works with students who have challenges in their educational situation, many times from rural areas or from schools with limited resources, we see that same stunned silence as the Hickory HS players walking into the gym. Many students and parents look at the students from other schools in the state, the academic data of our admitted students, and even the size of the University itself and feel overwhelmed.  These students attend schools which deal with funding gaps, disparity in offerings for academics and activities, insufficient support services and differences in opportunities based on school location among other things. While we cannot change certain aspects of a student’s life and the issues surrounding their education, we can try to let them know that our goal is to make the playing field the same size for every applicant. From our history with students from all over the state of Georgia and the country, we know that there are a number of “underdog” students from smaller towns who attend schools that don’t make the “Best X in the state” lists, but when given access to the great opportunities that UGA has to offer, shine as bright as any other student out there. 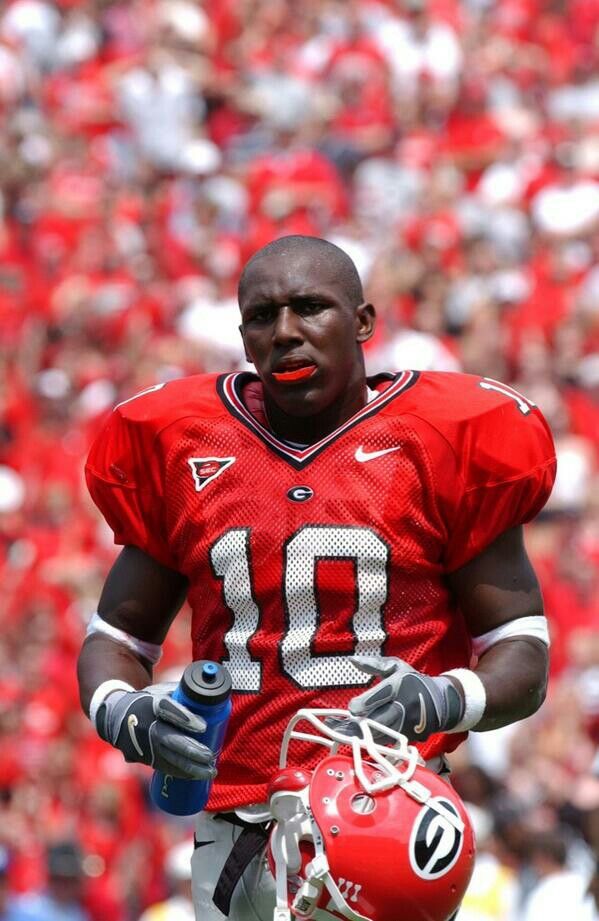 When I start thinking about underdogs from small towns, my mind turns to athletics and players who barely made the team yet later became leaders of their programs. If I worked at Clemson, I would probably be talking about Hunter Renfrow right now. But being at UGA, I will focus on a football recruit from 2002. This student was from a small school in south Georgia, and his HS team had one winning season in the four years he played there. He played four sports overall and eight different positions on the football field, but he was overlooked due to the size of his school and the limited W-L record of his team. He was a zero star recruit with only one Division I football offer. Late in the recruitment period, the newly hired UGA coaching staff found out about him, and after watching him at a basketball practice, he was offered a scholarship at UGA. Four years later, he had become a star safety, an NFL round one draft prospect, and he is now about to begin his 15th season in the NFL. Who would have thought that Thomas Davis would have gone from a lightly recruited high school player to NFL star. It was only when the coaching staff looked beyond the initial numbers and looked at the context of his situation that they saw what Davis was capable of on the field, and found their overlooked star. By the way, Davis is now in the UGA Ring of Honor, is a two time NFL Pro Bowler, and was the 2014 Walter Payton Man of the Year.

Our holistic review process starts with an attempt to understand the context of each applicant, and to start with everyone on the same level playing field. By context I mean that we look at what the student has done within the scope of their individual situation. We are not making a decision based on whether a student attended a school ranked as # 1 in the state or one that has limited resources, but rather on what the students have done with the opportunities with which  they have been provided. When we look at an applicant’s curriculum, we do so with an understanding of what is offered at their high school and in their community. We work with a wide range of high schools, with senior class sizes ranging from 20 to 1,200+. For a number of smaller schools, the range of academic offerings are limited, with many of these schools not having access to AP or IB courses. In these cases, we don’t expect students to magically take six AP courses where none exist, but to instead challenge themselves as best as possible within their school and then look within their community for other academic options such as dual enrollment work. 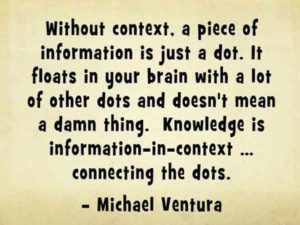 We also try to understand the applicant’s overall family situation, as we have applicants who need to work full time to help with family finances or work within the family business, from the family farm, a restaurant owned by the parents or a small business run out of the house. In addition, some applicants have family members that require the student to take time out of their day, from watching over siblings, acting as language translators to even taking care of parents/grandparents. One key for applicants is to make sure they let us know in detail about their activities outside of the classroom, and to let us know about any challenges they might be facing. As such, we are not just looking at grades, courses and activities of a student, but the context behind this information.

We have also tried to focus more on information that predicts college success, such as course rigor and core grades, while lessening the importance of factors such as SAT/ACT scores, which are more headline-worthy but give us less valuable information. Our office is able to look at the information on our enrolled students to better understand key factors leading to success on our campus, and to translate that back to our review process. Our goal is to look at our applicants and what they are like now, academically and personally within the context of their own situation, and then look at how they might impact our campus in these two areas.

Admissions decisions will never be perfect. We make decisions based on the information we have on hand, but at times we do not have the full picture of an applicant’s life. In addition, we are not able to fix the numerous issues we see in our applicants’s lives, from the disparity in school resources to the challenges that face a number of our students. We can never make the playing field perfectly level for all applicants or admit all the students we feel are strong (space constraints limit us). But what we can do is try and make sure that everyone knows the court is the same size for everyone and that all applicants know we welcome the chance to review their files.