The Parable of the Elephant and the Six Blind Men 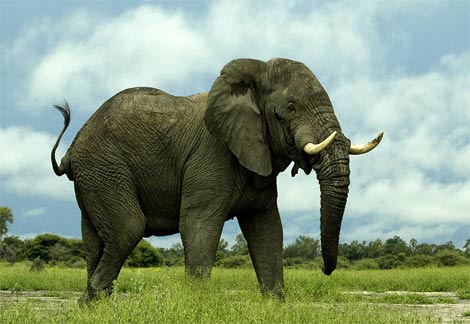 In reading the different comments from students after decisions have gone out, I am reminded of the parable of the Elephant and the Six Blind Men:

Once upon a time, in a faraway land, there lived six blind men. Each of them was very wise. Each of them had gone to school and read lots of books in braille.
They knew so much about so many things that people would often come from miles around to get their advice. They were happy to share whatever they knew with the people who asked them thoughtful questions.
One day these six wise blind men went for a walk in the zoo. That day the zoo-keeper was worrying about all of her many troubles.
The night before she had had an argument with her husband, and her children had been misbehaving all day long. She had so much on her mind that she forgot to lock the gate of the elephant cage as she was leaving it.
Now, elephants are naturally very curious animals. They quickly tried to push the gate to the cage to see if it might open. To their great surprise, the gate swung freely on its hinge. Two of the more daring elephants walked over to the gate. They looked left and right, and then quietly tip-toed out of the cage.
Just at that moment the six blind men walked by. One of them heard a twig snap, and went over to see what it was that was walking by.
“Hi there !” said the first blind man to the first elephant. “Could you please tell us the way to the zoo restaurant ?” The elephant couldn’t think of anything intelligent to say, so he sort of shifted his weight from left to right to left to right.
The first blind man walked over to see if this big silent person needed any help. Then, with a big bump, he walked right into the side of the elephant. He put out his arms to either side, but all he could feel was the big body of the elephant.
“Boy,” said the first blind man. “I think I must have walked into a wall. “The second blind man was becoming more and more curious about what was happening. He walked over to the front of the elephant and grabbed hold of the animal’s trunk.
He quickly let go and shouted, “This isn’t a wall. This is a snake! We should step back in case it’s poisonous.” The third man quickly decided to find out what was going on, and to tell his friends what they had walked into.
He walked over to the back of the elephant and touched the animal’s tail. “This is no wall, and this is no snake. You are both wrong once again. I know for sure that this is a rope.”
The fourth man sighed as he knew how stubborn his friends could be. The fourth blind man decided that someone should really get to the bottom of this thing. So he crouched down on all fours and felt around the elephant’s legs. (Luckily for the fourth man, this elephant was very tame and wouldn’t think of stepping on a human being.)
“My dear friends,” explained the fourth man. “This is no wall and this is no snake. This is no rope either. What we have here, gentlemen, is four tree trunks. That’s it. Case closed.”
The fifth blind man was not so quick to jump to conclusions. He walked up to the front of the elephant and felt the animal’s two long tusks. “It seems to me that this object is made up of two swords,” said the fifth man. “What I am holding is long and curved and sharp at the end. I am not sure what this could be, but maybe our sixth friend could help us.”
The sixth blind man scratched his head and thought and thought. He was the one who really was the wisest of all of them. He was the one who really knew what he knew, and knew what he didn’t know.
Just then the worried zoo-keeper walked by. “Hi there ! How are you enjoying the zoo today ?” she asked them all. “The zoo is very nice,” replied the sixth blind man. “Perhaps you could help us figure out the answer to a question that’s been puzzling us.”
“Sure thing,” said the zoo-keeper, as she firmly grabbed the elephant’s collar.
“My friends and I can’t seem to figure out what this thing in front of us is. One of us thinks it’s a wall; one thinks it’s a snake; one thinks it’s a rope, and one thinks it’s four tree trunks. How can one thing seem so different to five different people?” “Well,” said the zoo-keeper. “You are all right. This elephant seems like something different to each one of you. And the only way to know what this thing really is, is to do exactly what you have done. Only by sharing what each of you knows can you possibly reach a true understanding.”
The six wise men had to agree with the wisdom of the zoo-keeper. The first five of them had been too quick to form an opinion without listening to what the others had to say.
So they all went off to the zoo restaurant and had a really hearty lunch.

Remember, when admissions is looking at an application, we are reviewing the whole applicant in the context of their individual situation. While people might know or read of one aspect of a student, they do know know the whole of an applicant’s life.

So when commenting here or looking at other applicants, please do not be blind to the fact that you might know one thing about a student, but you do not know the whole of the person. Open your eyes to the fact that admissions offices are looking at everything within the file, seeing connections, understanding strengths and weaknesses, and trying to see the overall person. You might think that you know a situation because you know of one aspect (or score) of an applicant, but you might just be holding an elephant’s tail and thinking it is a rope.